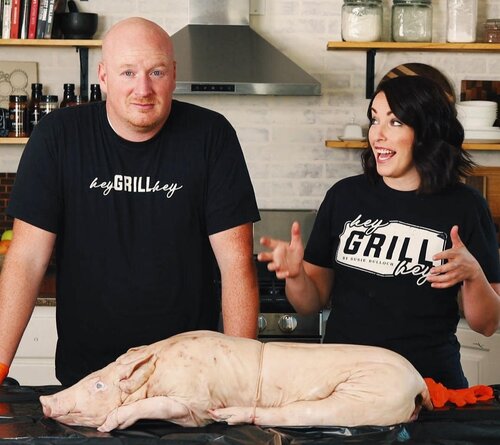 In episode 075 we talk with Todd Bulloch, the other half of Hey Grill, Hey and Patio Provisions. He and his wife Susie merged their working careers after Hey Grill, Hey took off and their other entrepreneurial avenues also ramped up.

We cover ways a spouse can find his/her “space” and tips about ways you can get started, along with how to support one another with encouragement.

Bio
Todd Bulloch is a Food Blogger Husband, married to Susie Bulloch, who is the founder and owner of Hey Grill, Hey. Todd has a background in accounting, receiving a Master’s Degree in Accountancy and eventually got his CPA License. 10 years into his career (which he discovered he didn’t love very much after all), he found Susie was out-earning him with huge income growth potential with the Hey Grill, Hey Food Blog. In December of 2017, he stepped away from the corporate accounting world to team up with Susie to help build the Hey Grill, Hey empire.

25% coupon for Patio Provisions for all EBT’ers! Use EATBLOGTALK to receive that generous discount!

Want another episode about the entrepreneurial spirit?

The Road Less Traveled in episode 68 talks about Hina’s patience and faith in her journey to becoming a food blogger.