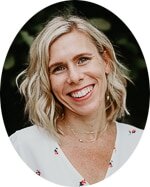 In episode 307, Megan talks with Melissa Erdelac, recipe developer and cookbook author at MamaGourmand, about the benefits of prioritizing getting to a blogger retreat with other food bloggers.

We cover information about the difference between conferences v retreats, why you don’t need to get hung up on the experience of the attendees and why your mindset is the #1 thing to get prepared before anything for a retreat.

Bio Melissa is a recipe developer, photographer and cookbook author who lives in northern Indiana, outside of Chicago, with her husband and four children. She began her food blog, MamaGourmand to share her passion for cooking, writing, and photography. Besides authoring her first cookbook, Frugal Gluten-Free Cooking, her work has been published in Better Homes and Gardens, MSN, Taste of Home, Parade, and Prevention. When Melissa is not dreaming up new recipes, she loves to go on challenging hikes, and break a daily sweat to offset her incorrigible sweet tooth.

In episode 002, Melissa joined Megan to chat about the importance of balancing family and business as a blogger.