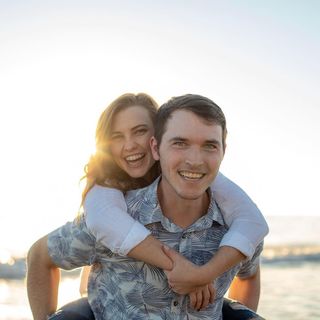 In episode 311, Megan chats with Mika Kinney about why it’s beneficial for every food blogger to create a blogging outline to make content creation easier and better as you provide as much benefit to your audience as possible.

We cover information about how to optimize your post to have the best keywords added to your post to inform your audience naturally, how to be a one stop shop on each blog post and use descriptors, process terms and recipe name variations to cover all bases.

Bio Dan and his wife Mika have been running Joy To The Food for a year now. Both have full time jobs and do everything together for the blog in their off hours. Throughout the process of building this brand, together they have learned a lot about each other and the best way to work together. Dan does the numbers, research and styling and Mika creates the content and handles communication.

In episode 284, husband and wife team Mika and Dan share about building a business together that they can grow and be successful at.