Episode 350: Reenergize your Creativity for Blogging (+ the Process of Writing a Cookbook)with Alyssa Brantley 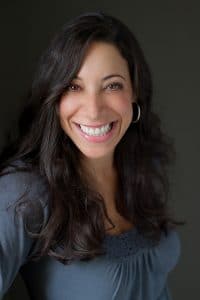 In episode 350, Megan chats to Alyssa Brantley about the process of writing a cookbook and how it can re-energize your creativity for blogging.

We cover information about determining your biggest hurdle to creating a cookbook so you get inspired in the process, think of elements of your cookbook that can stick out and be different, think strategically about solving a problem and what extra value can you add to your readers lives’ so this book is impactful.

BIO Alyssa Brantley’s cooking philosophy is whole food, half the time. Just because you’re busy, it doesn’t mean you shouldn’t eat great! The creator of the popular food blog EverydayMaven.com, Alyssa focuses on seasonal, whole-food recipes that are packed with flavor but made in minutes with easy shortcuts. Her work has been featured in Real Simple, Today, Self Magazine, HuffPost, Gourmet Magazine, Prevention, and many more. Alyssa lives with her family in Seattle.