Episode 318: Make a Success Out of Your Blog No Matter Your Age or Niche with Laura Sirkovsky 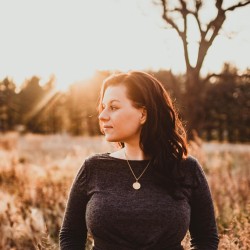 In episode 318, Megan chats with Laura Sirkovsky about becoming a food blogger after hitting 30, how to hone in on your recipe niche and how to keep on top of your blog when life gets in the way.

In this episode, we cover information about how you can make a success out of your blog regardless of age and how the gluten-free space is here to stay and still full of opportunity. Niche blogs are a great avenue for food bloggers to explore, how food blogging is a viable career choice for people over 30 and why you need to choose the right social media platforms to carry on enjoying food blogging.

Bio Laura is the former history teacher now blogger, baker, and photographer behind the blog Sift. After sustaining a traumatic brain injury, Laura had to quit her job while she was in recovery. She decided to start a blog dedicated to helping others on their gluten free journeys (a journey she had been on since 2010.

In episode 132, Jenn Lefforge shares her wisdom on getting started after 40 with the YouTube platform and seeing success.