Episode 300: Keyword Research Mistakes To Avoid and Tactics for Getting High-Quality Backlinks with Brandon Gaille 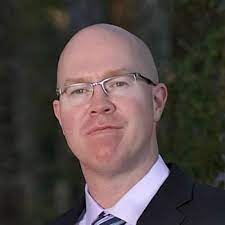 In episode 300, Megan chats with Brandon Gaille, founder of RankIQ and entrepreneur extraordinaire, about keyword research and backlinks, both important topics for bloggers.

We cover information about the importance of all food bloggers learning to do keyword research well, the most common mistakes made when doing keyword research and tactics for gaining high quality backlinks.

Bio Brandon Gaille is an entrepreneur who founded multiple 7 figure businesses in his 20s before becoming disabled by a rare disorder for nearly a decade. He eventually regained his health and started a blog. He grew his blog to over 1 million visitors in just 18 months after his first blog post. Today, he gets 5 million monthly visitors from over 100,000 first-page Google rankings. Brandon has taught his SEO growth hacks to over 20,000 bloggers through his podcast (The Blogging Millionaire). This past year he launched RankIQ, an AI-powered SEO toolset tailored for bloggers and small businesses that have a blog. This year RankIQ was ranked #1 out of all 333 SEO tools by G2 for customer satisfaction and ease of use.

Quadrant #1 – old blog posts that have or get significant that have lost traffic in the last 12 months.

Quadrant #2 – blog posts that are getting traffic, but rank number four or lower.

Quadrant #4 – posts that get zero to no traffic.