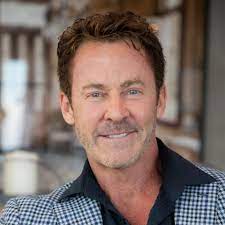 Megan chats with Peter Taunton, founder of one of the largest wellness brands in the world and a Forbes Master Class Instructor, about achieving impossible dreams with a strong mindset and solid plan.

Peter founded one of the largest wellness brands in the world with over 6,000 franchises or licenses across 3 brands in 28 countries- LIFT Brands.

He’s also the 2010  Ernst and Young Entrepreneur of the Year. Peter is currently a Forbes Master Class instructor at the Forbes School of Business.

Peter’s business accomplishments have been well-recognized by the business community. He and his companies have been featured in many business and industry publications such as Forbes, Entrepreneur 500, Inc 5000, Top Global and Franchise 500.

Peter is ever-committed to coaching and inspiring people in both their business and personal lives as they navigate through life striving to light the fire with-in and make their  impossible dreams… possible!